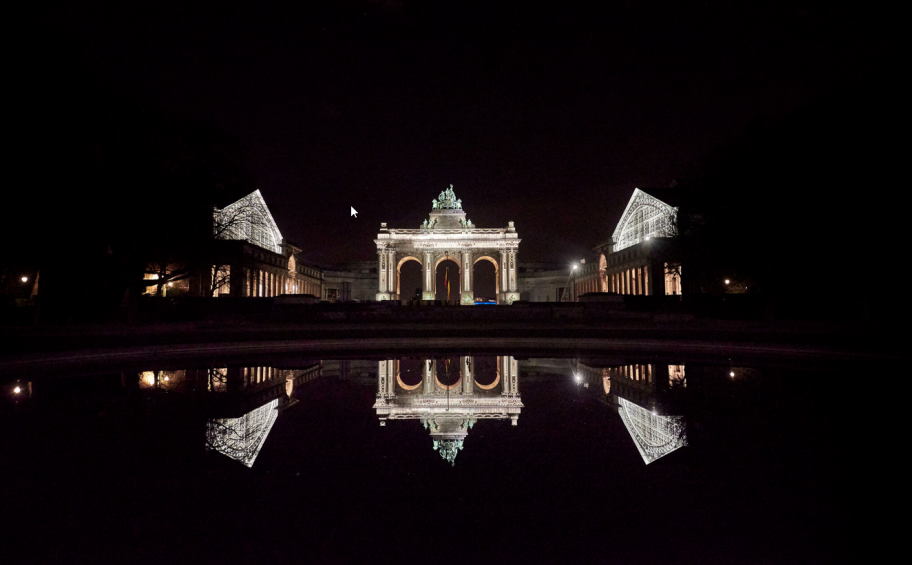 Beliris, global project owner in charge of renovating and enhancing the buildings in Belgium’s Brussels-Capital Region, has entrusted our Belgian subsidiary VSE with illuminating the Cinquantenaire Park. This jewel of Brussels' heritage has benefited from customized architectural lighting.

Our specialists distributed 900 light points on the facades of the Cinquantenaire Park’s palaces. The scenography is based on the illumination of the North Hall which houses the Aviation Museum, the South Hall where the Automobile Museum (Autoworld Brussels) is located, the Royal Army and Military History Museum situated in the North-East Wing and the Art & History Museum in the South-East Wing (including the Pavilion of Antiquity and the Rotunda). The famous Arcades du Cinquantenaire also benefited from architectural illumination, while a series of street lamps were installed to light up the central esplanade, from the Rotunda to the Hemicycle with its colonnades, and including the Halle Bordiau’s terraces.

The existing projectors were removed, the old wiring was replaced and discreet fixtures were fitted by our experts on all the monuments mentioned above. They placed LED lights to create a more dynamic scenography than the previous setup. They also organized centralized lighting management, so as to adapt energy consumption to the demands of  the different seasons and scheduled events. By limiting light pollution and harmonizing lighting power with the time of day, evening or night, our specialists were able to combine aesthetics with energy efficiency and facility sustainability.

The lighting work began in spring 2020 and was completed in early summer 2021.