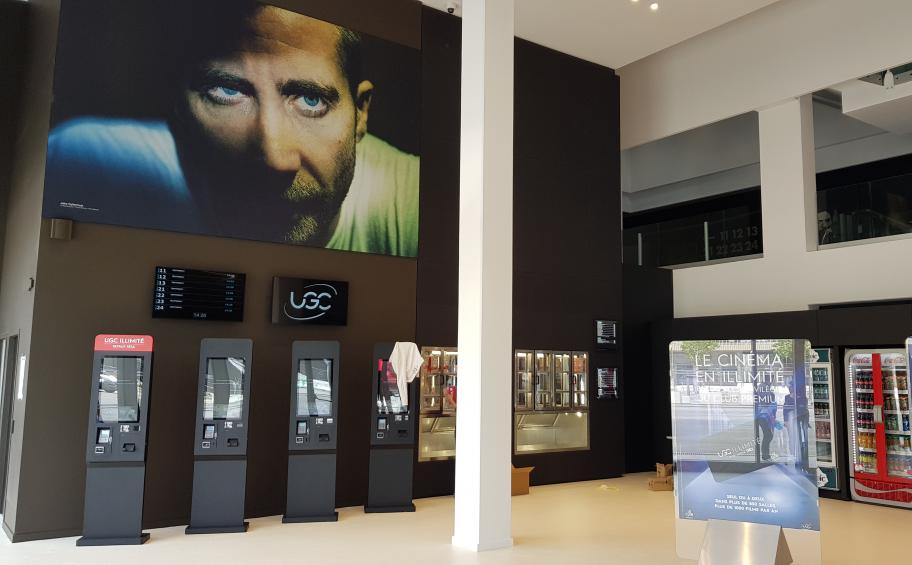 Terceo carried out all the electrical work for the new multiplex cinema inaugurated by UGC at the end of May in the Montaudran district of Toulouse. Our experts equipped the seven cinema halls, as well as the reception area. They also secured all the areas intended for public use.

Before undertaking the electrical work (HV/LV), our specialists drew on the expertise of their colleagues in Lille to finalize the implementation studies for the site.

“We visited three UGC cinemas under construction in order to familiarize ourselves with the very specific scheduling of the cinema equipment. Partitions, ceilings and electrical and air-conditioning networks were all put into place before the installation of the tiered seating, which set the pace for project progress. The peripheral equipment was installed in hidden time”  said business manager Nicolas Boulesteix.

Our employees, who had been involved in this vast project from the implementation of the transformer station (20,000 V/400 V) to the installation of the smallest socket, connected all the HV cells linked to the Enedis network. They also set up the emergency power supply for the cinema. The system they have put into operation relies on powerful batteries that can take over in an emergency and power the safety equipment. Our electricians were also in charge of organizing the distribution of the building’s three low-voltage switchboards, in order to supply and install the computer network and the video surveillance system. Our specialists installed cameras in each of the cinema halls, 360° cameras in the lobby and in the various waiting areas in front of the halls, a series of cameras to monitor the cash couriers’ route (from the cinema entrance to the vault) and surveillance cameras covering all the external accesses. Our teams have also set up access control for all the technical premises using badge readers and an anti-intrusion system that can detect anomalies at each of the cinema's access points.

“The Fire Safety System which controls the turbines of the smoke extraction motors installed on the cinema roof is based on a central unit connected to the emergency batteries. The implementation of the system also includes the activation of an alarm, remote control of video projectors and room lighting control” went on Nicolas Boulesteix. Our staff thus installed a security sound system relayed by the cinema's fleet of ambient speakers. They made it possible to interrupt projections remotely and secured the lighting so that rooms in darkness could be switched back on and emergency lighting activated in the event of an evacuation.

After completing all the cabling (lighting and sound) according to UGC's specifications, our experts installed an intercom system linked to the reception desk and the staff's walkie-talkies in each of the cinema halls, to enable people with reduced mobility (PRM) to obtain assistance in an emergency. They also commissioned the Building Management System (BMS), which monitors operation of all the above-mentioned equipment, as well as centralizing the air-conditioning system and providing feedback on its operating status.