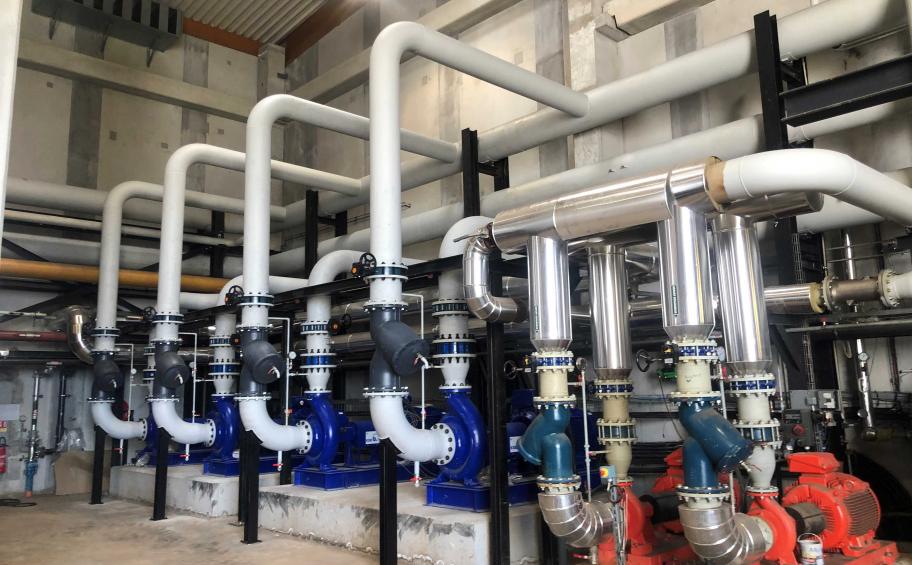 Coriance Group subsidiary CenergY is in charge of operating the Cergy-Pontoise agglomeration community’s heating network. In 2021, the subsidiary undertook to replace its three main production sites. Our air-conditioning specialists refurbished three boiler rooms running on superheated water in the space of just a few months.

To be able to work on the Cergy-Pontoise agglomeration’s heating network, our experts had to wait for a technical shutdown of the facilities in spring 2021.

“We refurbished one 40 MW boiler room and two 100 MW boiler rooms under very tight deadlines. We had to get the system up and running again in the autumn, so that our customer could do its job of providing heating to the city's residents," said business manager Maxime Bah.

Our specialists installed heavy valve and piping facilities as well as extensive hydraulic equipment on three separate sites, while complying with this inflexible schedule.

Works to improve the network and the existing pipes are in progress, in order to better adjust urban heating network energy production to the lower energy consumption of the buildings. This will enable CERGY agglomeration’s urban heating network to be downgraded to low pressure. The renovation carried out on the three boiler rooms is part of this major and ambitious overhaul of the conurbation’s urban heating network, since they now operate with hot water at 100°C (as opposed to 200°C previously) while retaining a special feature on one of the sites, where the primary central production remains in superheated water via the creation of a HP/BP exchange sub-station within the boiler room itself.